Well, today my lovely and gracious wife had yet another meeting at which she is indispensable. Having come off a rough week and with an ache to burn off excess adrenalin and shake off the parasympathetic hangover. I took the lads and went shopping. There were several end-of-summer sales, and I went through them like a scythe. 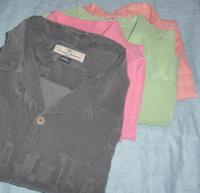 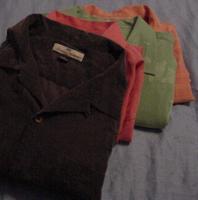 First, Nordstrom. All the Tommy Bahama shirts were 75% off, so I grabbed 4 of them. The pic on the left shows the pattern better, the one on the right is more accurate, colorwise. For the record, it was Mr. Poppy who got me started on Tommy Bahama shirts, not that he knows he did. 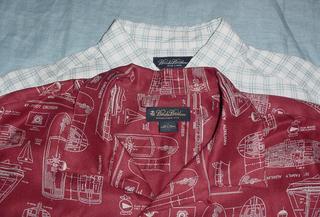 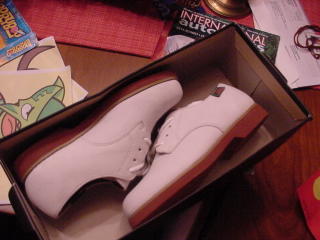 Bass boys' white bucks were EIGHT bucks. One pair per kid, in the size they'll be next summer. 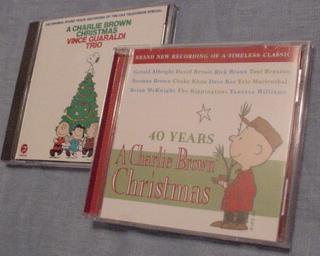 Yes, I know. Still, this is my ABSOLUTE favorite Christmas special, and the CDs were $5 each. 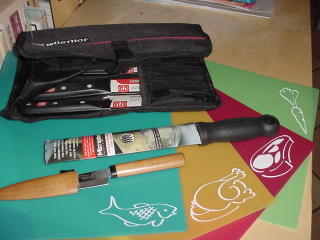 Williams-Sonoma (my private toy store) was having a serious clearance. Above is a Wusthof knife rollup for carrying, some knives in discontinued sizes, a Microplane "fine" grater, a for-real sushi knife and cutting board protector mats. 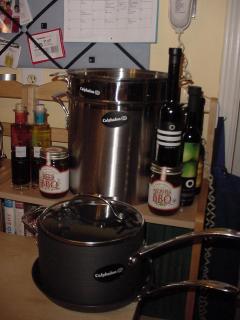 Here are several Calphalon bits (omelet pan, saucepot, stockpot with pasta strainer) as well as some sauces (China Blue sesame-soy-chile and "something scallion") and oils (O lime infused EVOO and lemon infused EVOO) and junk (sherry vinegar and balsamic vinegar). (Not shown: Calphalon pie plate.) All on sale. The O infused oils normally go for $20 a bottle! (These were $4.99) 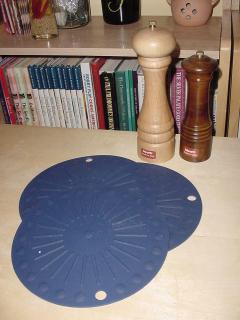 Badger said…
White shoes + young boys = I do not understand. My kid would manage to deface them with something indelible in the act of PUTTING THEM ON, and they'd be ruined before we were even out the door. Which I might not mind so much if they were only $8, I guess.

BabelBabe said…
Yes, but these are *Joke's* children, who I admit I picture in knee-length shorts and peter-pan collars a la The Sound of Music. I am sure I am doing the poor children a grave disservice.

My neighbor extolled the virtues of All-Clad recently and here you are with the W-S. It's like a sign from God. I must shop for pots and pans.
3:36 PM, October 16, 2005

That's the way That Fabulous Babe Joke married would have liked to have seen them dressed.

But Joke gave her about one year of lil wee rompers handsmocked by Portuguese nuns--and then he took over.

Now the boys just dress like little Jokes. Right down to the pocket square.

Joke said…
1- Poppy's not kidding about the pocket square.

2- My kids don't deface shoes. Jettison them, yes. Lose them, sometimes. These are mostly for dressy-uppy summery things (e.g. a wedding we had to attend this summer).